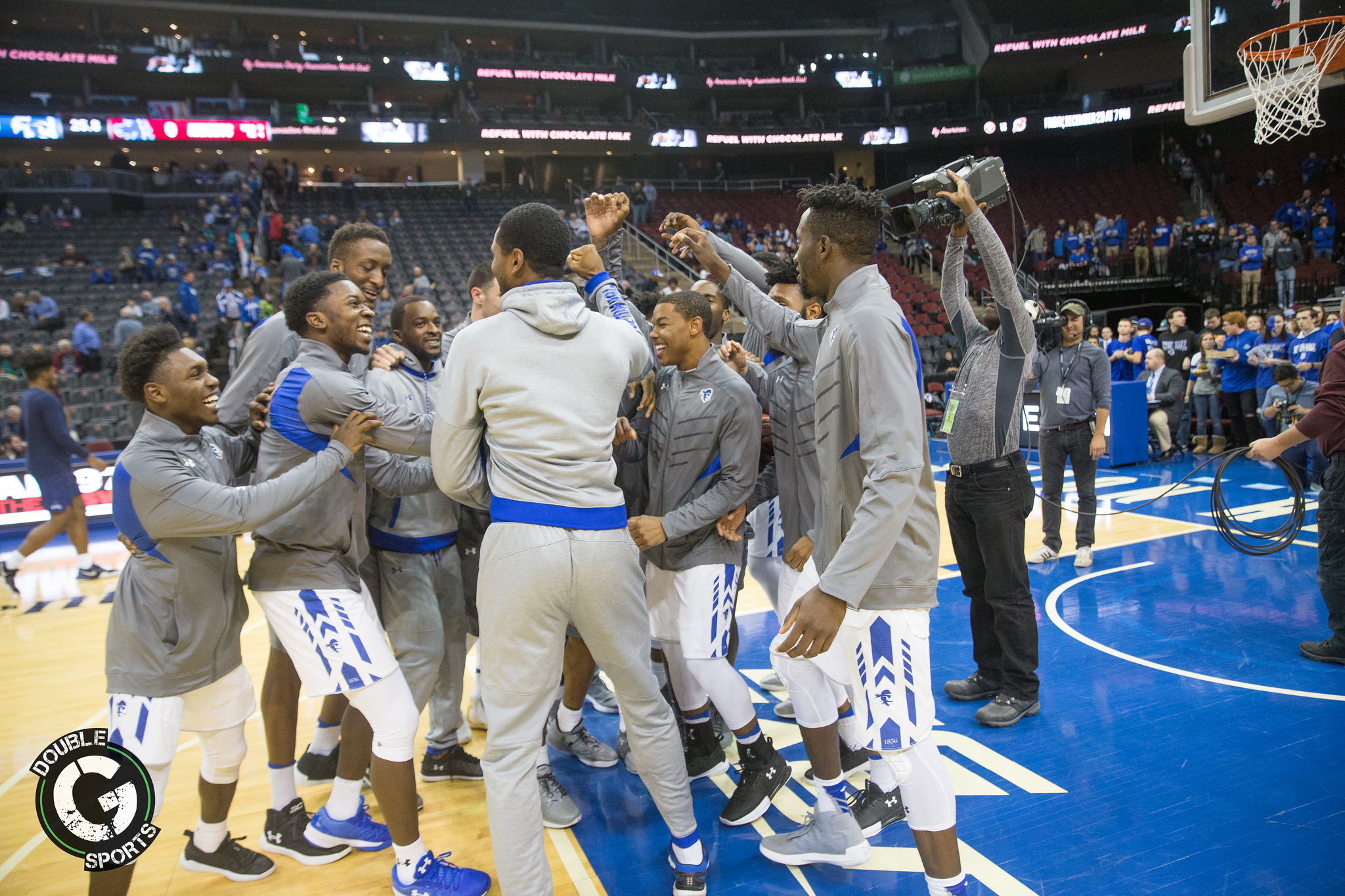 Angel Delgado finished with 19 points and 11 rebounds as the Pirates move to 3-0 on the season.

Seton Hall faced their first significant test of the college basketball season when Indiana visited the Prudential Center on Wednesday. While Indiana is beginning a new era under new head coach Archie Miller, the Hoosiers are still a Power 5 team. Throw in the fact that the game was part of the 2017 Gavitt Tipoff Games and the Pirates had much to play for at The Rock.

The result was a Seton Hall 84-68 victory over Indiana (1-2) that moved the Pirates to 3-0 on the season. The Hall used an early second-half blitz on to break the game open after a seesaw first half.

Here are three takeaways from the Pirate victory.

One of the things that make Seton Hall a dangerous team is the amount of upperclassmen leadership they have. That was none more evident on Wednesday as the combination of Khadeen Carrington, Desi Rodriguez, and Angel Delgado combined for 59 points in the win. Delgado picked up his third double-double in as many games after finishing with 18 points and 11 rebounds.

Before the season began, it was said that as those three goes, that is how Seton Hall goes. The weight of expectations is not weighing the seniors down as they are playing some of the best basketball of their collegiate careers. Add in the contributions of sophomore Myles Powell and freshman Myles Cale, and it seems as if the upperclassmen are receiving the necessary assistance from the young Pirates. This could be an added plus for Seton Hall late in the season.

The Pirates Are That Good

While many would not take Seton Hall’s first two games seriously (against Fairleigh Dickinson and Monmouth), both of those teams finished with .500 records in their respective conferences. Both squads also fielded teams that could compete with the Pirates if Seton Hall did not give their best effort. While the Pirates won those games, there was much to improve on going into their matchup against Indiana.

Against the Hoosiers, Seton Hall’s shot selection was almost flawless as the Pirates shot 57 percent from the field. Seton Hall also shot 53 percent from three-point land that helped put the game away in the second half. The Pirates’ defense clamped down on Indiana forcing eight turnovers. Even with occasional lapses, Seton Hall made stops when they needed in the final 15 minutes.

Prior to Wednesday’s game, the Pirates outscored Fairleigh Dickinson and Monmouth by 35 points in the first half. However, in the second half of those games, Seton Hall was outscored 73-70. All eyes would be on whether The Hall would finally awaken in the final 20 minutes of a game.

Early in the first half, the Pirates looked to quickly dispel their previous troubles going on a 10-0 run early in the second half to take a 43-34 lead. Seton Hall’s defense stepped up as they held Indiana scoreless for over three minutes during the Pirates ‘offensive run. Delgado led the charge as he scored 15 of his 19 points in the second half.

Next Up For Seton Hall

Seton Hall takes on local foe NJIT (1-1) at the Prudential Center on Saturday. Game time is 4 p.m. and will be televised on FS2.