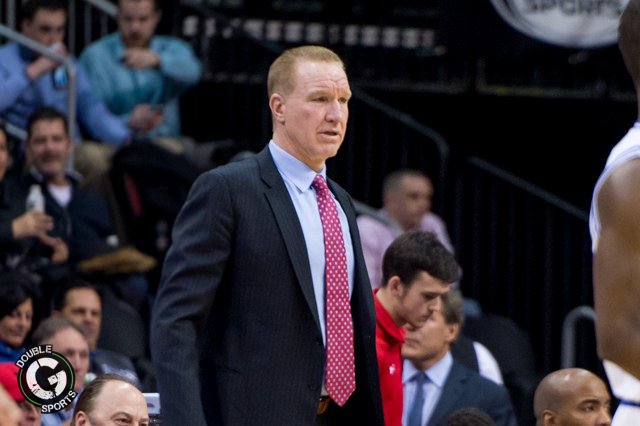 St. John’s and Columbia came out victorious at the annual MSG Holiday Festival on Sunday.

Madison Square Garden held its annual Holiday Festival on Sunday. After all the excitement of Seton Hall/Kentucky on Saturday, the four teams playing 24 hours later at The Garden had a tough act to follow. Let’s look at the day at the 2018 Holiday Festival at MSG.

Columbia withstood a second-half charge from Iona and held on for the win in the morning game of the Holiday Festival.

Jake Killingsworth led Columbia with 14 points. Patrick Tape finished with 13 points and eight rebounds as Columbia (3-6) played their first game at The Garden since 2008. Iona was held scoreless for the first four and half minutes of the game but used an overpowering inside game (18 points in the paint) to pull to within two, 32-30, at halftime.

The second half saw Iona continued dominating inside and Columbia begin struggling from the field. In the end, Columbia picked up big defensive stops in the final few minutes of the game. The game slowed down considerably due to the officials not allowing much in the way of contact. The Lions finished the game hitting free throws to take down the Gaels.

“We’re extremely excited to have the opportunity to come into Madison Square Garden and walk out with a victory,” said Columbia head coach Jim Engles. “It’s a great moment for our program.”

After a first half of playing down to their competition in Princeton, St. John’s finally used their athleticism advantage to pull away. Princeton still made it a game late but St. John’s held on for the win. With the victory, the Red Storm remained undefeated (9-0), which could lead to a spot in the Top 25.

Big East Preseason Player of the Year Shamorie Ponds led the second half charge scoring 18 of his game-high 26 points in the half. As expected, St.John’s led the rebounding battle 38-29 but only had 14 assists the whole game. St. John’s turned on the pressure to fend off a late Princeton run by holding the Tigers scoreless for the final 3:41 of the game.

“In the second half, we did a much better job of defending. We were able to rebound, and we had 14 turnovers when we are normally at eight or nine,” said St. John’s coach Chris Mullin. “We put those together we are going to see what we can do.”

Devin Cannady led Princeton (4-4) with 18 points. The Achilles Heel for the Tigers was 20 turnovers. The turnover led to numerous St. John’s fast breaks and 21 points for the Red Storm.

This game could be a cautionary tale for the Red Storm going forward. Playing down to an inferior opponent is one thing. Taking the night off against a better opponent could result in a loss.

During the first game, it was announced that Madison Square Garden and the Big East agreed to hold the Big East Tournament at the arena through 2028.

“Our new agreement with Madison Square Garden means that Big East school, players and supporters will have the privilege of playing our conference tournament at the “Mecca of College Basketball” without interruption for another decade,” said Big East Commissioner Val Ackerman.