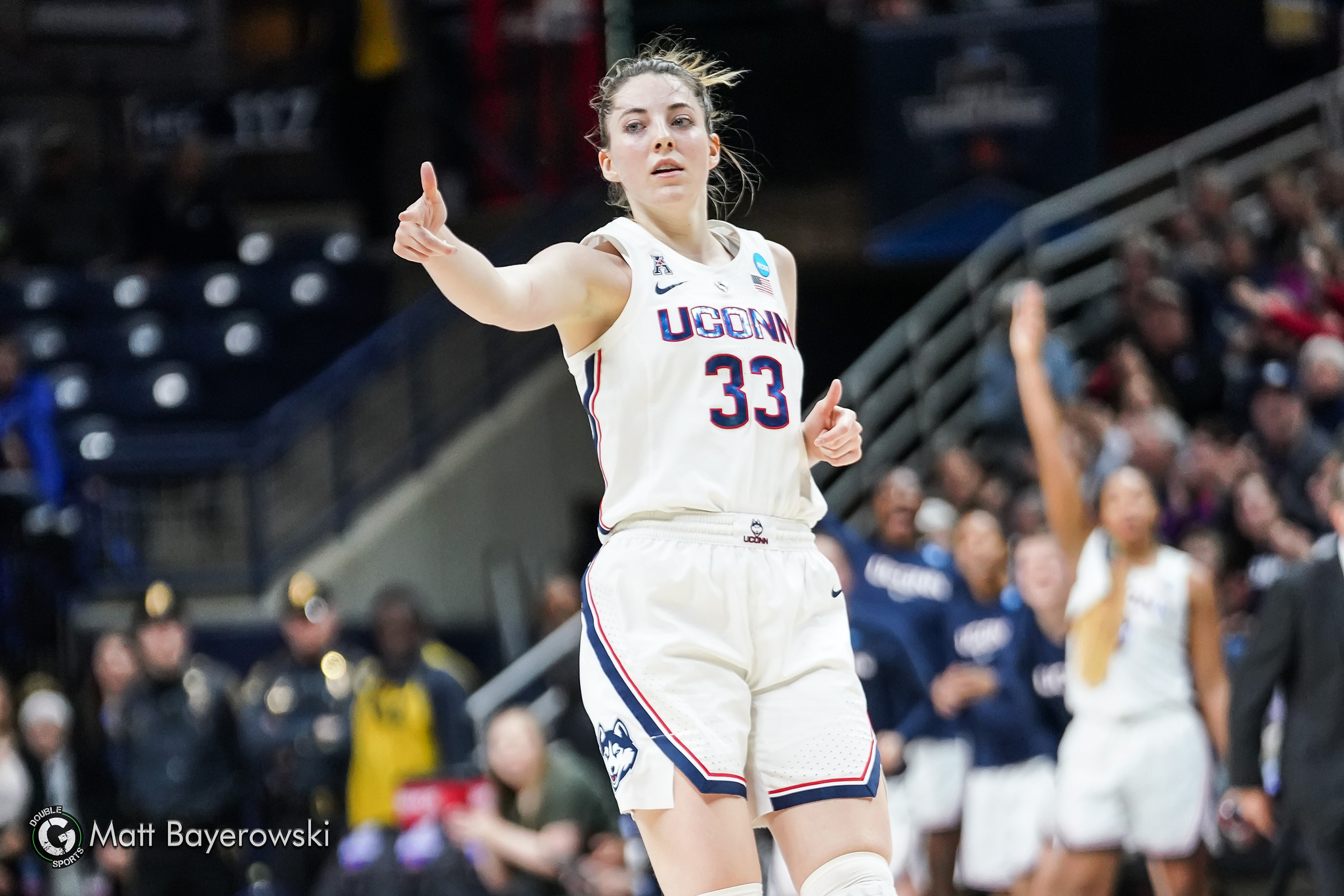 Coming off a dominating first round NCAA Tournament win versus Towson on Friday night at Gampel Pavilion, the UConn Lady Huskies were looking to continue that trend facing off against Buffalo (24-10) on Sunday night. It looked early on that UConn would put this game away easily bolting out to a 15-0 lead within the first four minutes of action.

The margin would grow to 27-6 with less than two minutes remaining. However, the Bulls refused to wilt under the pressure of the big lights and stage, going on a 9-0 to end the quarter. The Lady Huskies managed to regain the momentum in the second quarter expanding their lead to as many as 24 points with four and half minutes to go. Once again Buffalo charged back with a 15-4 run to end the period.

UConn shot the ball extremely well in the first half at 56 percent and had three players in double figures led by senior forward Napheesa Collier with 16 points on 7 of 9 shooting from the perimeter. The Lady Huskies advantage ballooned to 23 points in the third quarter as Collier made it straight games with 20 points and 10 rebound totaling 21 points and 12 rebounds. A quick 6-0 spurt coupled by UConn going scoreless for almost three minutes enabled the Bulls to make it a 73-55 at the end of the quarter.

Buffalo narrowed the gap even further due to the play of senior guard Cierra Dillard tallying seven points within the first two minutes of the fourth quarter. Even with Dillard exiting the contest with an injured ankle, the Bulls made it a 75-67 game with less than seven minutes left. The Lady Huskies were out of sync on the offensive end of the floor going five minutes without a bucket. Outscored 9-2, 1 of 6 from the field and committing four turnovers Collier stopped the bleeding with a lay-up at the 2:15 juncture.

Displaying a great deal of heart and determination, Dillard re-entered the game on a hobbled ankle and sank a pair of free throws trimming deficit to 77-69 with less than two minutes remaining. However, UConn made the crucial free throws down the stretch to seal the 84-72 victory and 26thconsecutive trip to the Sweet 16.

UConn (33-2) will play the winner of UCLA vs. Maryland on Friday in Albany, New York.