Full Court Press: Get Ready, College Basketball Season is Around the Corner 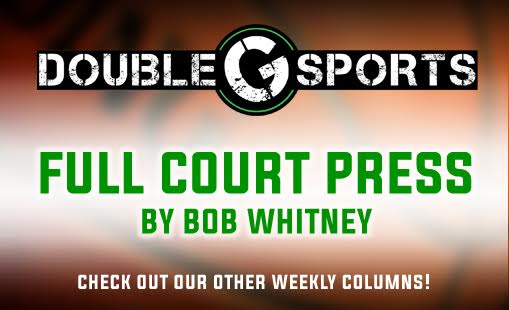 He’s not Dunn yet!

Get ready Double G Sports followers and those that are passionate about their college basketball just like I am.

Today is the initial launch of my weekly column, Full Court Press, and with the start of the 2015/16 college basketball season right around the corner I am going to give you a taste of what’s in store for you each and every week.

Full Court Press will be loaded with individual player profiles, teams to watch, conference championship and end of season tournament summaries and analysis and interesting insights into what makes college basketball in and around the tri-state area so special.

Vinnie Ernst, Ernie DeGregorio, Billy Donovan, God Shamgod and most recently Bryce Cotton are just a few of the more noteworthy point guards to wear a Friar uniform and Dunn could be the best them all.

Dunn is coming off a superlative campaign where he averaged 15.6 points, 7.5 assists and 5.5 rebounds where he led the Friars to a second consecutive NCAA tournament berth.

As a result, Dunn, who is gifted with amazing athleticism and court skill, is on most everyone’s pre-season All-American team, Big East Player of the Year and a legitimate candidate to be the best basketball player in the collegiate ranks.

NBA scouts covet Dunn for his ability to distribute the basketball and create turnovers although they have concern with past injuries to his shoulder and bursa sac.

It’s a heavy burden to live up to but Dunn feels up to the challenge after he decided to forego the NBA draft and return for his junior season.

“I am looking forward to improving as a basketball player and earning my diploma,” Dunn said in announcing the final decision.

He would like to be a role model for his two younger sisters, which tells you a little bit about Dunn the person and how serious he was about the final decision.

If Dunn would like to be a lottery pick he will need to improve his outside shot (35% from 3-point e range) and ball security. Dunn was among the leaders in turnovers last year but in contrast had a 50% assist ratio which is one of the best in the nation.

A Player of the Year candidate in the area doesn’t come around that often so when Dunn and the Friars play Villanova, St. John’s or Seton Hall take a look in person.

You wont’ be disappointed!

Dunn isn’t the only player worth watching. Yale senior Justin Sears is the reigning Ivy POY and should finally enable the Bulldogs to dethrone Harvard and with it the automatic NCAA tournament bid.

Villanova (next weeks feature) is the preseason pick to win the Big East and contend for a national championship. Point guard and all time name favorite Ryan Arcidiacono will lead a talented ‘Nova team, that also features MacDonald’s All-American Jalen Brunson.

UConn, with Seton Hall transfer Sterling Gibbs filling the point guard vacated by Ryan Boatwright, should be one of the teams to beat in the American Athletic Conference.

Stony Brook and talented two-time America East POY, Jameel Warney, is expected to finally lead the Sea Wolves to the NCAA tournament after a couple of years as a bridesmaid.

Joe Mihalich has done a remarkable job in restoring Hofstra to the upper levels of the Colonial Athletic Conference in just two years. With Juan’ya Green leading the way the Pride should contend for the title.

The NCAA proposed some new rule changes that will take effect this season. There was a general feeling that the game was becoming too slow so the powers to be have implemented the following changes to speed things up.

The major changes are: the shot clock will be reduced from 35 to 30 seconds, the 5-second closely guarded count on a dribbler has been eliminated, the defensive arc has been increased from 3 to 4 feet and teams will have four timeouts per game with no more than three carried over to the second half.

Many doubt the changes will effect the intended desire to speed up the game, Stay tuned!

Congratulations to Penn Quaker Coach Steve Donahue, it’s good to have you back in the Ivy League!

Best early season game of the season is Villanova versus Virginia on December 19.

The game is at the John Paul Jones Center in Charlottesville and its already a sellout,

Keep shooting…. see you next week.

The G-Spot: DiCaprio and Jeter Off The Market?
Rutgers Women’s Volleyball Loses to Nebraska