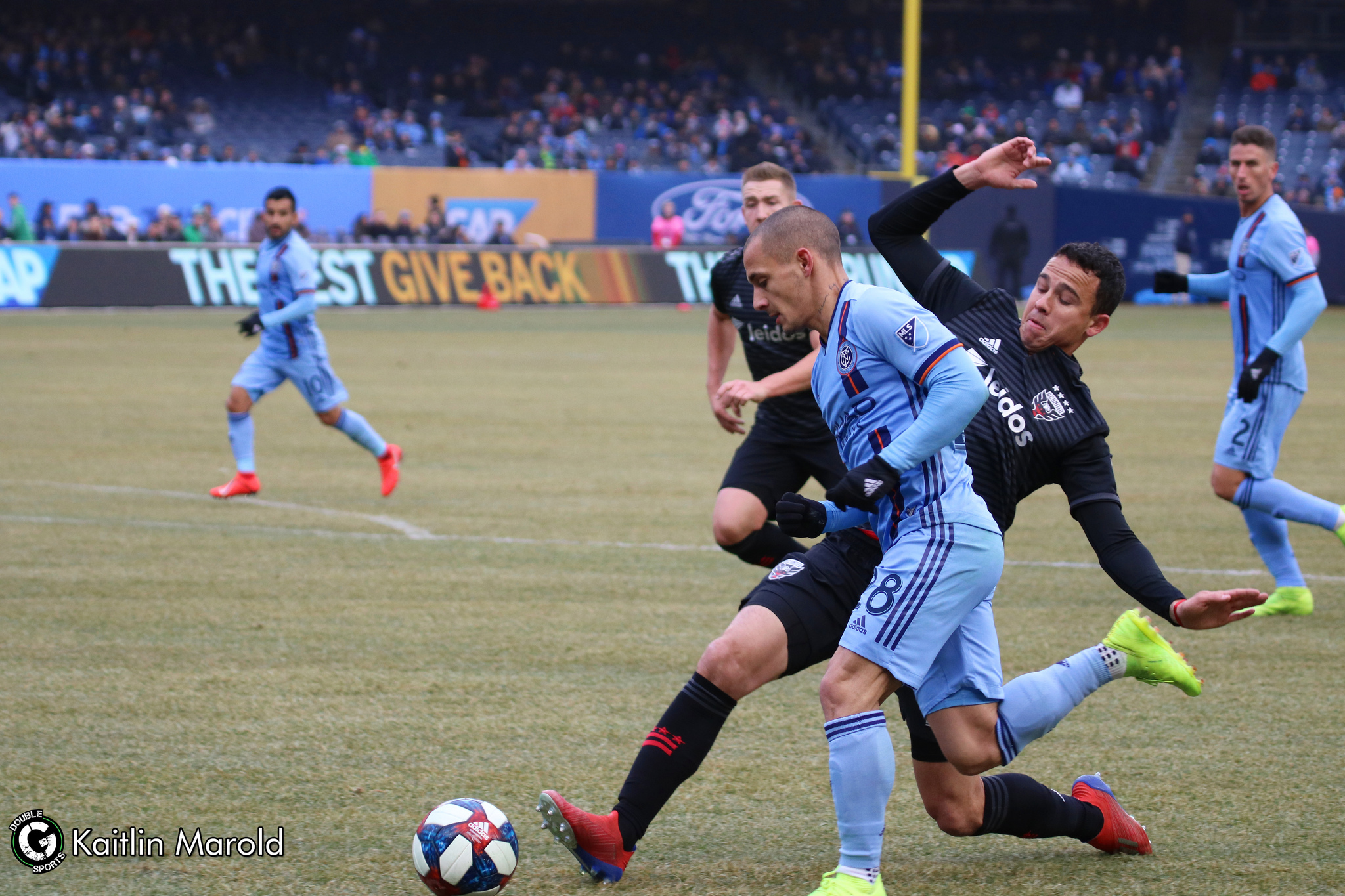 NYCFC, Torrent: “LAFC impressed me, it will be a tough game”

New York City FC prepares for the next game against LAFC. Blues coach Domenec Torrent spoke about the challenge that awaits the team against one of the best team in this season start: “We need to improve a lot when we are in possession of the ball. I really like to have possession of the ball, but the goal must be to score. We have to pass the ball at the right time and hit. This is my idea of soccer, the best possible”.

Domenec Torrent takes care not only of the ball possession phase, but also of the non-possession phase: “When we do not have possession we must recover the ball as soon as possible. We can do this only with a strong high pressing. When we have the ball instead we have to play high. Against D.C. United they played by making a great pressure, especially when we played the ball in defense. We try this type of game in training many times, win the ball and stay high”.

LAFC will not be a simple opponent in particular for their style of play: “LAFC plays 4-4-3, that’s the reason why you have to change the tactic a little bit, you have to play in the same way, high pressing, but you need to change a little bit because they play differently than D.C.United”.

Torrent has clear ideas on how LAFC plays, of which he was impressed: “I was impressed by their type of game. They play really well. They play with 4-3-3 and all respect their positions. Their game reminds me a lot of when I was in Barcelona with Guardiola and we played with 4-3-3. When they have the ball they have clear ideas about what they have to do. It will be a very tough game because they play well and are in a period of top form”.