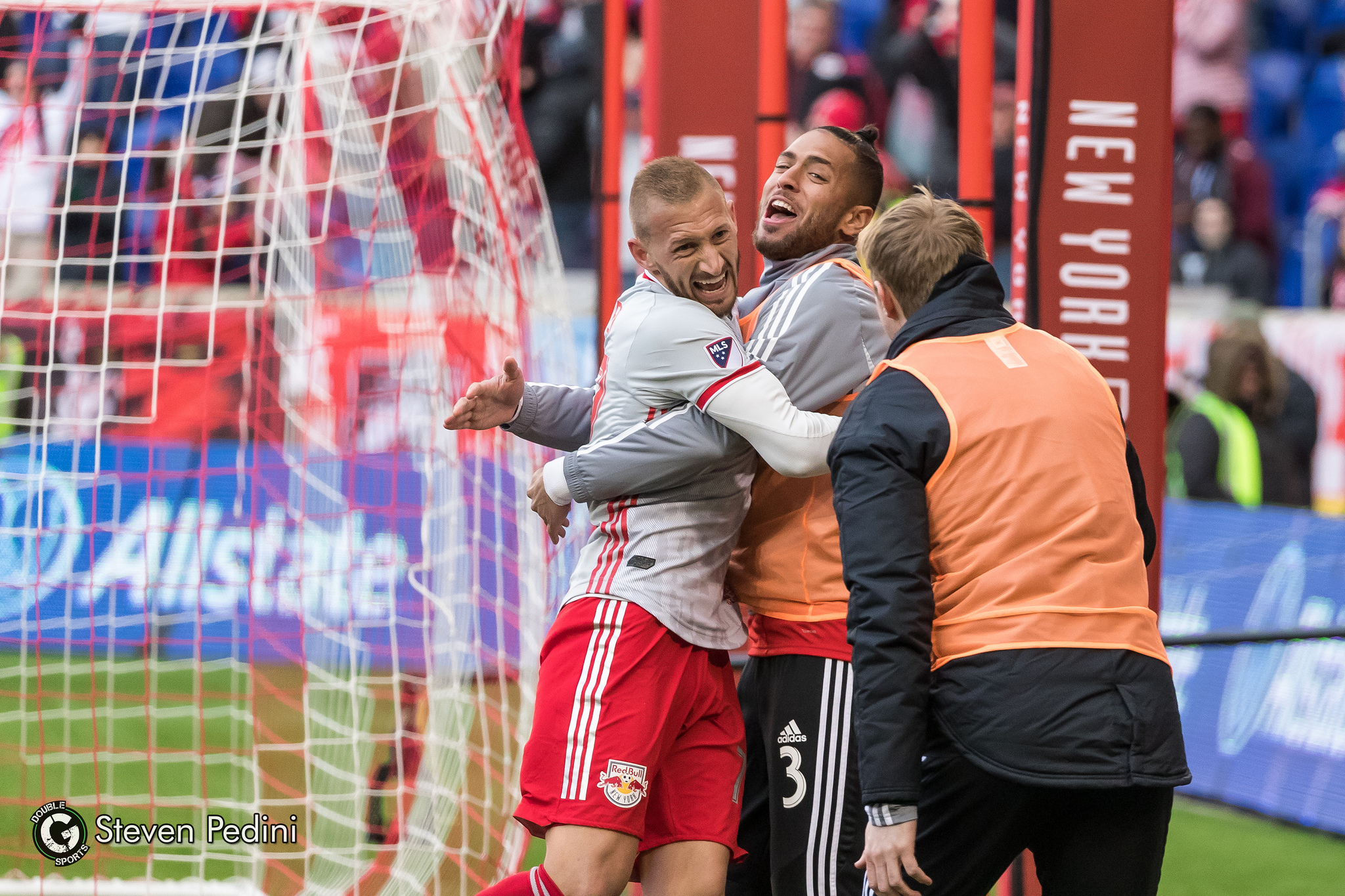 What Was The Shift After Half-time That Led The New York Red Bulls Win Their Home Opener Game?

It was a five-goal match in the home opener game at Red Bull Arena. The game was intense, at minute five San Jose Earthquakes opened the scoreboard with a goal from Cristian Espinoza. The New York Red Bulls draw and won the game, 4-1 during the second half.

Two goals from Alex Muyl, one from Bradley Wright-Phillips and at minute 89 the last fourth goal came from Danny Roger.

But what happened during the half time that helped the New York Red Bulls shift the score? This is what Sean Davis did,

“I took it upon myself to take control more of the game and try to make a difference,” Davis said in the locker room. “If we can have every guy with that mindset, which we did at the second half, then, we are going to have a great team.”

Kaku, the number 10 from the New York Red Bulls was not in the roster at all. Chris Armas said, “a minor internal incident” lead to this decision. Armas was not open to answering further questions about the topic. Right now, Kaku is own his way to meet his Paraguay team players for an international friendly game.

New York Red Bulls hold the best home MLS record, with the most home wins and points since 2010, but the attendance on home opener games keep descending. Yesterday, the attendance was of 15,621.

At half time, Red Bull Arena unveiled permanent signage commemorating the three supporter shields the team has won in the past seasons. The supporter shield has lost value to the RBNY fans because what they, “want is the cup.”

San Jose Earthquakes have zero points and are in the last position of the western conference table. Their next game is at home on Saturday, March 30 against Los Angeles FC.

New York Red Bulls stay home for their next game on March 23 against Orlando City.

NYCFC, Torrent: “LAFC impressed me, it will be a tough game”
NYCFC continue with 3rd draw of the season