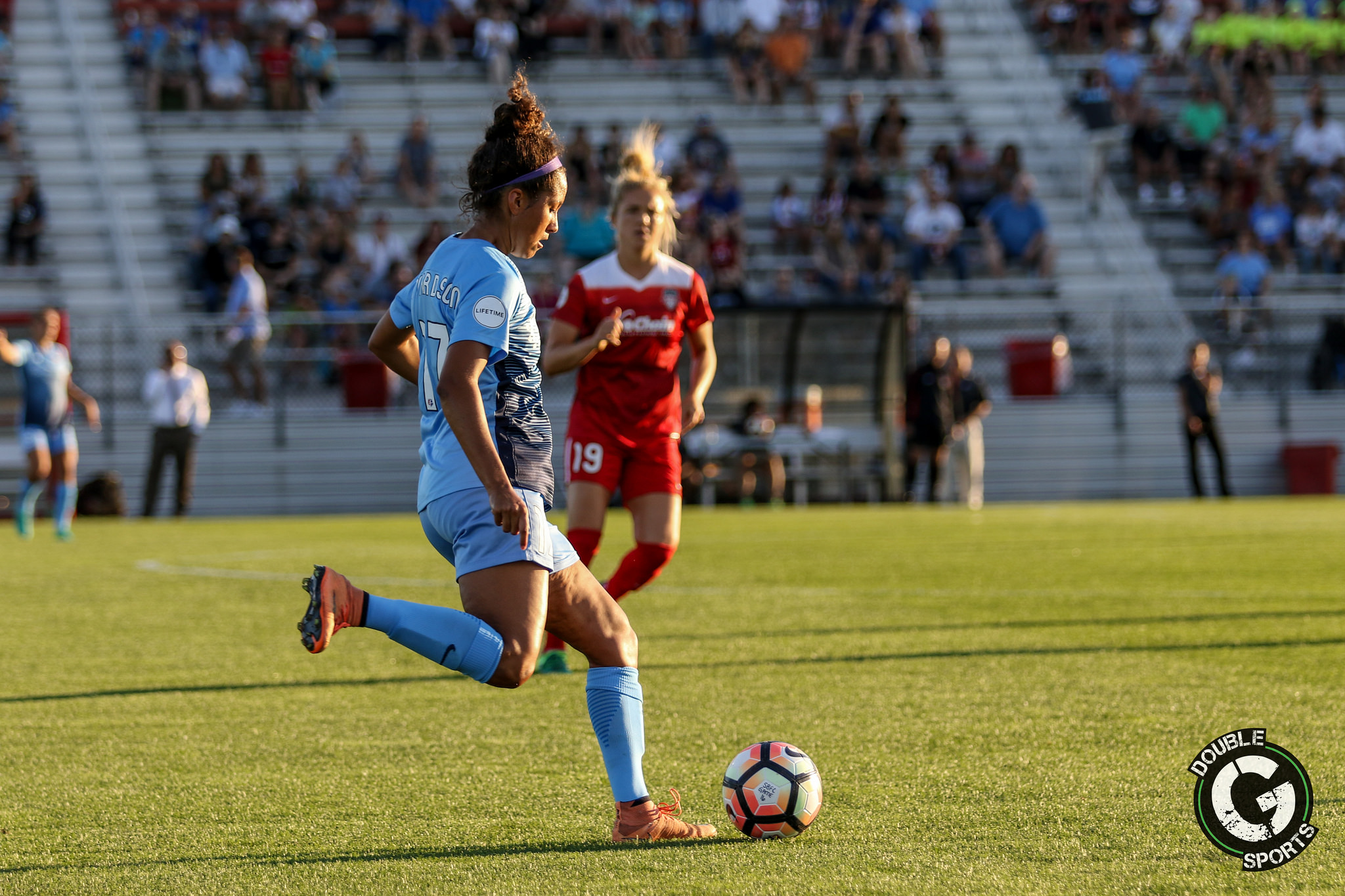 Sky Blue (0-5-1) travels to Maryland to face the Washington Spirit (1-5-2) for a 7:30pm ET kickoff match Wednesday. They will play at Maureen Hendricks Field Maryland SoccerPlex in Boyds, MD. Washington comes into NWSL week 9 with eight games played and five total points, while Sky Blue has six games played and only accumulates a point from a tie against Chicago during week 4. This is the first time both teams meet for the 2018 NWSL season.

In the rankings, the Washington Spirit sits at No. 8, and Sky Blue FC sits at No. 9. There is still a lot of action to come this season, and these games could be unpredictable. There is no room for distraction. This is going to be a tough game for Sky Blue, but if the NJ team is able to control the ball and connect passes from the beginning, they could very well get their first win of the season and bring three points back to New Jersey.

The last time Sky Blue FC and the Washington Spirit met was during the 2017 NWSL season, on September 10, 2017 in Piscataway, NJ.

Sky Blue’s Carli Lloyd was able to find the net against the NC Courage during week 8. This will definitely give the NJ native much more confidence coming into the match. I still think we need to see Thaisa Moreno and Raquel Rodriguez both on the field at the same time. Rodriguez is confident with the ball, her passes and movements are well-thought and accurate, and she knows when to hold the midfield; Moreno provides spontaneity and pressure on the ball. They both defend and most importantly, they open up and know where to go in the attack. Savannah McCaskill and Katie Johnson will complement the offense.

Looking at the Washington Spirit, a lot of fans are happy that Rose Lavelle is back on the roster after being out due to injury. If she gets some minutes, she will be a player to watch. Francisca Ordega leads the Spirit in goals scored and will be dangerous for Sky Blue defense, as well as Mallory Pugh. Goalkeeper, Aubrey Bledsoe has been having a great season and currently leads the board on saves.

It is now or never (not really, but that is how the saying goes). But really, Sky Blue FC desperately needs a win this season. They will be well into their 7th game by the time the match is over.

Based on the game against NC Courage this past week and the NWSL injury report, here’s what my proposed started XI looks like: GK: Sheridan; DEF: Frisbie, Richardson, Freeman, Skroski; MID: Lloyd, Rodriguez, Moreno; FOR: Groom, Johnson, McCaskill. Gibbons and Stott are still questionable for this match.

Sky Blue FC returns home to Yurcak Field in Piscataway, NJ on Saturday, May 26. They welcome the Seattle Reign FC. Kickoff is set for 7:00pm ET.

Both, today’s match and Saturday’s match will be live-streamed on go90.