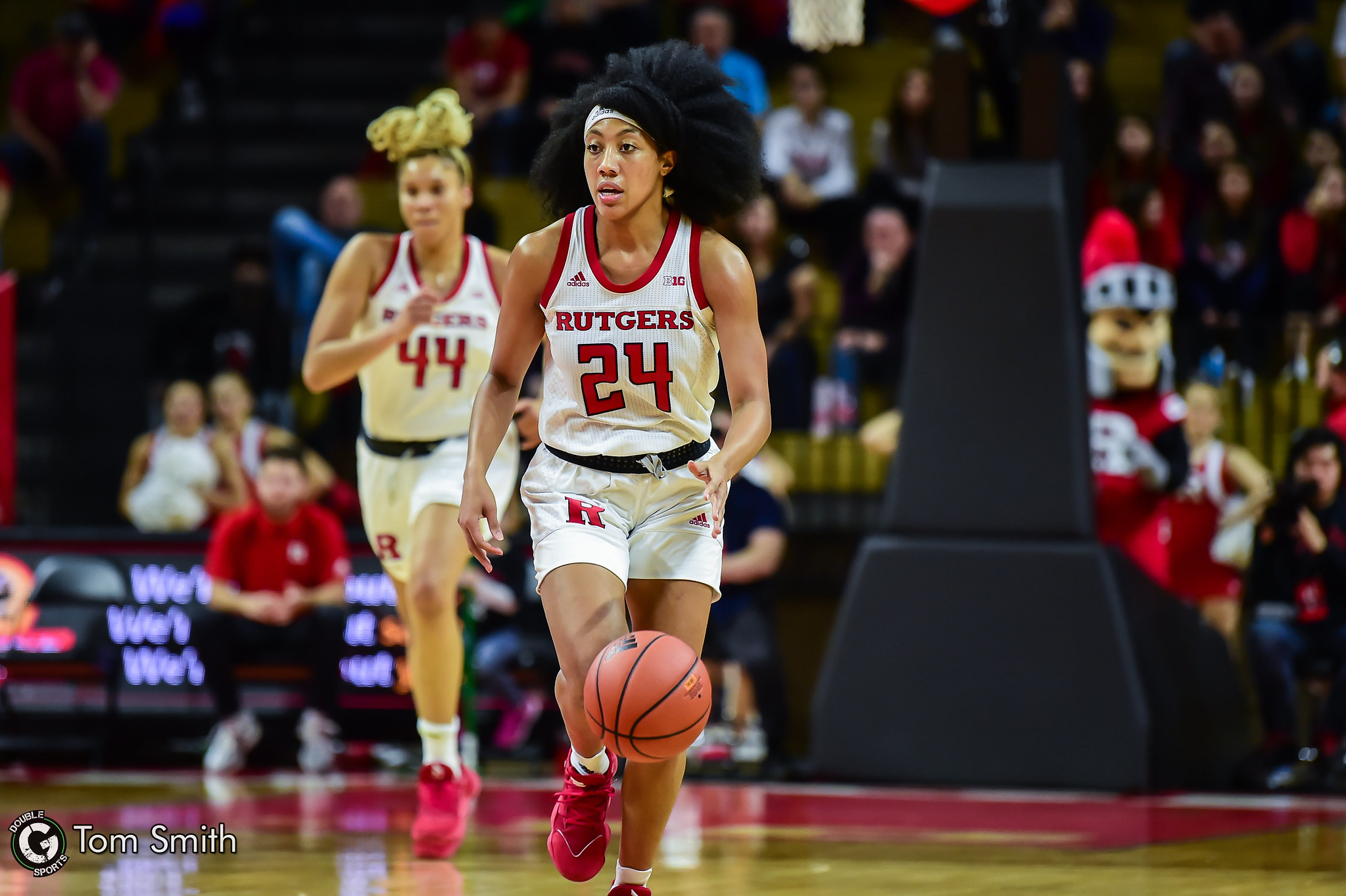 The Rutgers Scarlet Knights took home their second straight victory on Thursday night, 63-43, over the struggling Wisconsin Badgers. It was more of the same for the Scarlet Knights in this one, as they took home the victory thanks in large part to dominating defense and a balanced offensive attack led by Arella Guirantes.

The Scarlet Knights are known for being defensive juggernauts, as they came into the game with the 20th ranked scoring defense and the 17th best field goal percentage defense in the nation. On Thursday night, the Scarlet Knights lived up to their reputation, forcing Wisconsin into shooting just over 30% from the field. All the while, Rutgers held Wisconsin to only 43 points, 12 points under the Badgers’ scoring average for the season. Additionally, the Scarlet Knights did not allow a single player to record double digits in scoring. Overall, Rutgers put forth a dominating defensive effort on Thursday night.

Arella Guirantes entered the game as the leading scorer in the Big Ten (12th nationally), averaging 19.9 points per game. Guirantes was coming off the biggest game of her career, where she put up 36 in a Scarlet Knights’ win over Ohio State. Guirantes follows up her prior performance by not disappointing on Thursday. She put up 26 points against the Badgers to go along with six rebounds, two assists, and two steals. Her ability to get to the basket matched with her low post skills make her a defensive problem. It cannot be forgotten either that teams aren’t keen on following her as she is prone to knock it down at the the free throw line. She did as much against the Badgers, going 14-of-14 from the line, accounting for more than half of her points.

Guirantes was not the only force on the offensive end for the Scarlet Knights either. Both Mael Gilles and Jordan Wallace put up double digits in points for Rutgers as well. Gilles tallied 13, while Wallace picked up 12. Tekia Mack was not far behind, as she picked up nine points of her own in the victory. It was the 20th time this season that three or more Scarlet Knights scored in double figures. Rutgers is 17-3 in those games.

The Scarlet Knights will finish off their three-game homestand and their regular season when they face-off with 18th ranked Iowa on Sunday Afternoon at the RAC. It will be the Scarlet Knights’ fourth meeting with a ranked team this season. They will look to turn the tides as they are 0-3 in their first three matchups.