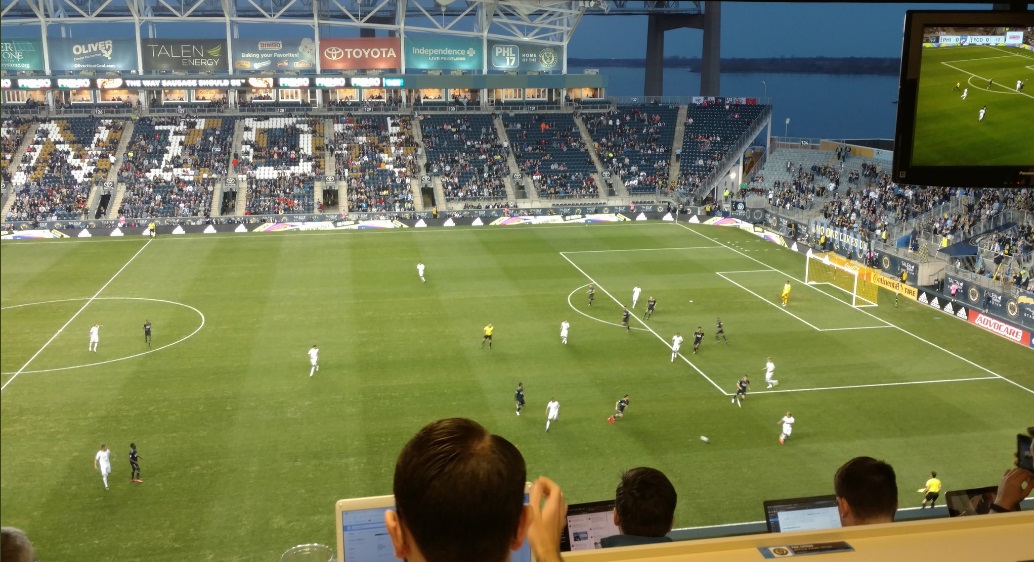 Chester PA: The Union are playing their best Soccer as they are on a 2 game winning streak as they open the Month of April against FC Dallas from Talen Energy Stadium in Chester PA on Saturday night. The Union come into the game off a win over FC Cincinnati while FC Dallas heads to Chester off a win over Real Salt Lake.

In the first half, the Union would have some scoring chances FC Dallas would open the scoring on a free kick in the 10th minute by Reto Ziegler. The referee would have a huge part in the first half as they would miss some calls that should have been called. FC Dallas took 1-0 lead at halftime

Early in the second half, Union Fafa Picault would go for the ball in the crease and FC Dallas Player Ziegler would stick his cleat out and connect to Picault chest and refs would let them play on and no foul was called and the fans at Talen Energy Stadium were very upset.

This is a movie that we have seen multiple times in that the Union would get their chances to score but they just could not finish.

The Union would tie the game at 1 in the 85th as Marco Fabin missed penalty kick and Cory Burke put home the rebound and the crowd at Talen Energy Stadium was enjoying the way the team would fight back to tie the game late in the second half. The Union would steal the game in the end on goal by Alejandro Bedoya during stoppage time and Union would win 2-1 and this would be their 3 straight win

This was a game that you thought that the Union could not come back from the early goal from FC Dallas and this showed that they would not give up and fight their way back to get the 3 points.

The Union will now head on the road to do battle with Zlatan Ibrahimović & the LA Galaxy on Saturday, April 13 at 10:30 PM