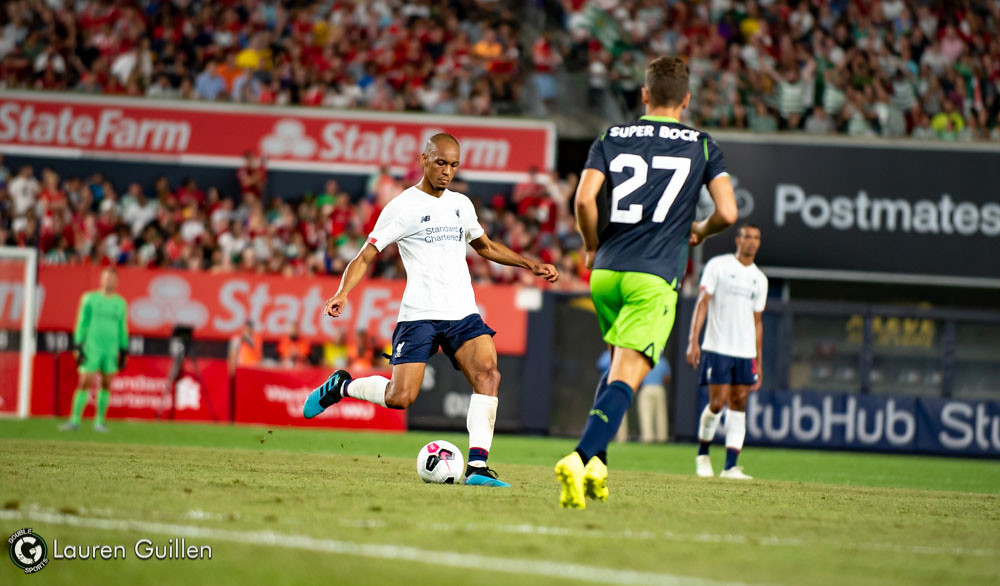 “Pitches are always an issue in America, because they have beautiful stadiums, but they are usually not soccer stadiums,” said Liverpool Coach, Jürgen Klopp at the press conference. Stadiums, weather and three games in a “very short” time, were the challenges Klopp experienced during the pre-season games in the United States.

Klopp quickly thanked Yankee Stadium for welcoming them and added, “For the young players it was a really good experience to be here.”

Yankee Stadium was red. The number of fans who came out to support the English team was evident. “I am so happy to be able to see them play here in New York,” said Monica – a Liverpool fan in attendance who missed the opportunity to see them play the last time they came because she had the flu.

When Sporting CP scored the first goal at minute four, it made the game more interesting since Sporting were coming as the underdog team. “Totally wasn’t expecting that early goal,” said Melessa Chavez, a Sporting CP spectator. “I think, us, the spectators were a little confused and didn’t even realize what happened until we saw the replay.”

“I don’t even know how that [first] goal happened,” said Klopp. “I have to check it again.”

Liverpool had few chances to equalize the game, but Sporting CP goalkeeper Renan Ribeiro stopped the red team. At minute 20, Liverpool found their first goal, and as predicted the stadium went wild.

The game started with Sporting CP ahead 1-0 but at the end of the first half, the score was against them. Liverpool held a 2-1 advantage.

The score was as predicted, Liverpool was winning. “I predict 3-1,” said Monica, when I asked her about her predictions at half time.

Sporting CP came back strong and was able to equalize at minute 53. After that, we did not see and more goals at Yankee Stadium.

“I’m very happy with the result, but would’ve liked them to have gone to penalties. We (fans) were all confused as to why they didn’t go to penalties and instead shared the Western Union Cup Trophy,” – said Chavez, Sporting CP fan.